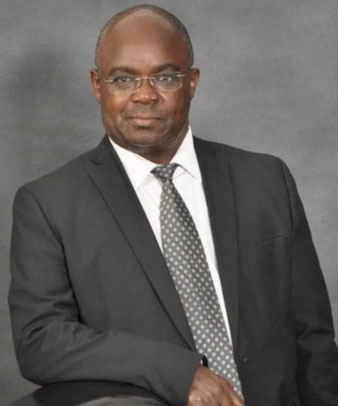 Dr Anthony Jude Omolo Were was a man for all seasons; highly respected and beloved President of the African Association of Nephrology (2019-2020); a loving husband to his wife Dorothy and a kind and loving father to his four children and grand-daughter and his entire extended family; a caring physician and nephrologist; a beloved teacher and mentor to his students, children and family. He was kind and respectful to all who came in contact with him, and devout in his day to day activities. As his daughter stated, he taught that ‘to live peacefully in this world meant that you had to treat everyone the same’.

Dr Anthony Were began his career as a Medical Officer at the Rift Valley Provincial Hospital, Nakuru, Kenya in 1981. He was then transferred to Naivasha District Hospital in 1982 and later to Kapenguria District Hospital in 1983 as a medical officer. In 1983, he moved to Nairobi where he was a Senior House Officer and Chief Resident Doctor at the Division of Medicine in Kenyatta National Hospital. During this time, he was also a postgraduate student in the Department of Medicine, College of Health Science University of Nairobi. In 1987, he worked as a physician in Nyeri Provincial General Hospital, Central Province, Kenya. He became a lecturer in the Department of Medicine, College of Health Sciences, University of Nairobi in 1987, and a Senior Lecturer in 1997.
His students described him as an amazing teacher and mentor who stood out for his kindness. He was able to create a great rapport with his students and mentees, with many noting that he made Internal Medicine “fun”.

In his youth, Dr Were was a passionate boxer and went on to participate in various competitions nationally. His love for boxing never ceased and he went on to treat various boxing clubs in Kenya pro bono. He loved to sing and always had a song in his heart for every occasion. He would always burst into song at every celebration and encouraged his family to join in. He loved family outings and good food, dancing to rhumba music, and attending fun gatherings. He was an avid traveller and would explore the world to expand his knowledge and to get to know more about the people he would meet and interact with. He enjoyed action films and would spend his free time indulging in the best that Hollywood had to offer.

He was keen to ensure equitable access to quality renal health care. His extensive and conscientious medical practice touched multiple lives, and he left huge footprints in the field of nephrology. Dr Were believed that there was no greater joy than seeing a patient heal from an ailment and get back to good health. He harnessed his knowledge and skills from his studies and worked passionately towards the advancement of nephrology on the African continent.

He held leadership roles in various institutions that shaped the practice of nephrology across the continent including Deputy Director of the East African Institute (EAKI), President of the African Nephrology Society (AFRAN) and the representative of East and Central Africa Region on the International Society of Nephrology Global Outreach (ISN GO).

When Anthony Were was elected President of the African Association of Nephrology (AFRAN) in September 2019, he embraced his new role with focus and vigour. It was his firm belief that AFRAN had a major role to play in improving the access to kidney care in Africa and he was determined to put African nephrology on the global map. Some of his notable achievements in the short time that he led AFRAN included establishing professional secretariat services, forming a guidelines committee that released a comprehensive guideline for nephrology service provision in the era of COVID-19, encouraging the formation of a vibrant Young Nephrologists Committee, and arranging the hosting of nephrology webinars (including joint sessions with the International Society of Nephrology) to an Africa-wide audience. He was also the force behind the African Nephrologists’ WhatsApp group where colleagues across the continent now easily exchange ideas and information.

Dr Were’s commitment to excellence, selfless service and friendship was evident to all of us across Africa. It is impossible to capture all that Anthony Were did for nephrology in Kenya and Africa. He was truly a champion for the provision of quality kidney care and his focus and energy saw him achieve remarkable success.

He will surely be missed by all.